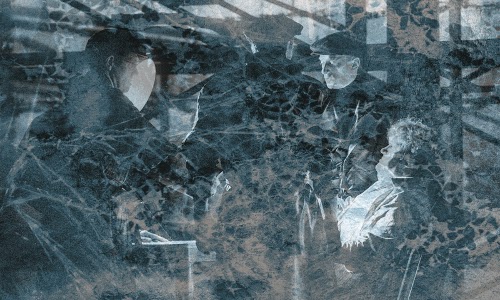 [DEAD DROP is available to buy now in ebook form on Smashwords and at the Amazon Marketplace at the following links (UK/US/Ca/Fr/De/Au). The following is a free extract from the novel's 1st chapter.]

'I will give you this much credit,' the Nazi commandant said. 'Your fellows put up a good fight. Two of our pumping stations destroyed, along with significant damage to the machinery for opening the dock gates. Yet this is but a minor annoyance. These things can be rebuilt or repaired in time. The dock gate we believe was your main target is still intact, even if we have not yet had time to remove the destroyer you attempted to ram it with.'

He paced the small room. It seemed as though he was still trying to come to terms with the situation as he described it to his two prisoners, who were tied to chairs by the back wall. Two armed guards surveyed the scene from next to the room's only door. The commandant's shadow circled him as he walked beneath the naked lightbulb hanging from the ceiling.

'Sometimes I wonder if you British think that bravery will compensate for the stupidity of your plans,' he continued, walking towards his prisoners. 'Surely you did not believe that even using a warship as a battering ram would be enough to destroy such heavily fortified gates? And now many of your men have died as a result of that miscalculation and in exchange for us needing to repair only some minor machinery, we have captured two of the most infamous soldiers in the Commando unit.'

He stared at the prisoner on the left, a young man of light brown hair and a face chiselled in regimented angles, which was stained with blood and filth from the battle from earlier in the morning.
'Geoffrey White...' the commandant said.

The man tied up next to White was of a similar age but bore a much stockier build. A handlebar moustache burst out from beneath the plump nose on a face as broad and rugged as a Scottish highland. As with White, his skin and hair were crusted with the dark colours of the morning raid. A long piece of shrapnel was embedded deeply in a bloody wound beneath his chest.

'...And 'Raging' Robbie Armstrong,' the commandant said. 'Once we are finished, I think I will keep the sword you brought with you as a souvenir. When your little island is finally beaten into submission, perhaps it will hang above my mantle in Kent.'

He turned and glanced at the Claymore sword lying on a table at the opposite side of the room. He chuckled to himself, then his face turned serious again.

'My name is Commandant Scheisskerl. If you co-operate, perhaps you will be allowed to live out the rest of the war in Bavaria,' he said. 'But if you choose not to talk, then I shall have to resort to less hospitable methods.'

He walked over to the table and removed a metal hook from a pouch of surgical tools.

'We have scientists working at our camps across Europe whose sole duty is to devise unique methods of inflicting unimaginable amounts of pain,' Scheisskerl said. 'This one enters the nose to probe nerves directly connected to the most potent pain-sensing areas of the brain. It is only one of many such inventive tools. What do you think? Perhaps I shall use it on you first, Mr. White?'

'Charming!' White replied. 'Not quite the spirit of camaraderie you were trying to stoke up in Marrakesh when we were dividing up those girls...'

'Trust you to bring that up now,' Armstrong said. 'After all the times I've bailed you out of trouble! Let's not forget the Smolensk situation.'

'Or the siege of the Belgrade bath-house!' White retorted.

'Utter rot! If I hadn't smuggled in those pistols under my towel, at considerable risk to my...'

'Will you please shut up!' Scheisskerl bellowed. 'Do you think it is wise not to take me seriously?'

'How on earth are we supposed to take seriously a man who tries to use a life in Bavaria as a bargaining tool?' Armstrong said. 'I've heard you people eat cold meat and cheese for breakfast. What sort of a country...'

Before he had finished his sentence, the commandant grabbed the shrapnel sticking out of Armstrong's torso and twisted it. Armstrong winced in pain.

White glanced over at him, offering a small nod of support.

'You can be brave for now, if you wish,' Scheisskerl said. 'But though your countrymen take pride in this act, I have made enough of you beg for death through tears and blood to know what cowards you really are.'

Armstrong stared Scheisskerl in the eye and lurched his body forward, forcing the shrapnel all the way through his abdomen. The commandant stepped back in horror.

'Then you'll have to do something worse than picking my nose, German,' Armstrong said.

Scheisskerl sneered. He walked back to the table and took a moment to choose from the tools on offer. He settled on a long, thin blade.

'At first, I will keep it simple,' he said. 'So we will have something to look forward to.'

He walked back to Armstrong.

'Since you seemed so pleased for me to torture your friend, I will oblige you,' he said. 'Have you changed your mind?'

A bloodied fist swung around from behind his chair, hammering into the commandant's face. Armstrong dropped the shard of bloody shrapnel into White's tied hands and charged forward.

The guards raised their rifles, each aiming at one of the two Englishmen. Armstrong pulled Scheisskerl in front of himself and White as a human shield. The commandant shrieked as bullets thudded into his back.

The guards hesitated before firing again, realising what they had done.

Armstrong grabbed Scheisskerl's blade from the floor and attacked. The guards raised their rifles but Armstrong bulldozed his heavy frame into them, sending all three men tumbling to the floor. He rammed the blade into the neck of the nearest guard.

The other had collected his rifle and scrambled out of Armstrong's reach. As he was about to pull the trigger, a chair came flying at him from the other side of the room, knocking him onto his side and sending his shot into the wall. Armstrong dived for the rifle belonging to the dead man at his feet. The guard took aim again but Armstrong had the split-second advantage and fired a shot through his heart.

'Numbed by all the whisky on the way over here,' Armstrong said, getting to his feet. He was not sure whether the pool of blood beneath him was his own or from one of the guards. 'It'll be fine if we keep moving.'

'You know, I could have untied those knots with a little more time,' White said, as Armstrong tore strips off his shirt sleeve to patch himself up. 'Even by your standards, that trick with the shrapnel was rather grotesque.'

'I've been shot enough times to know how to avoid the vital organs,' Armstrong said, prodding at the wound now running all the way through his chest. He picked up his claymore from the table and practised a swing with it. 'Anyway, we don't have more time. Those four tonnes of explosives in the ship we left on the dock gate obviously haven't blown up yet. If those damn Nazis still haven't found it, they will soon. We'll have to do what the detonator hasn't.'

Need some action in your life? DEAD DROP is available now at Smashwords. 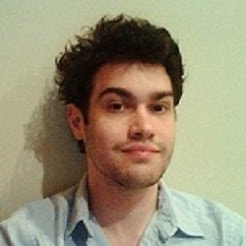 Chapter One: Rob A Bank

#3: A Motorbike, A Mountain, A Machine Gun